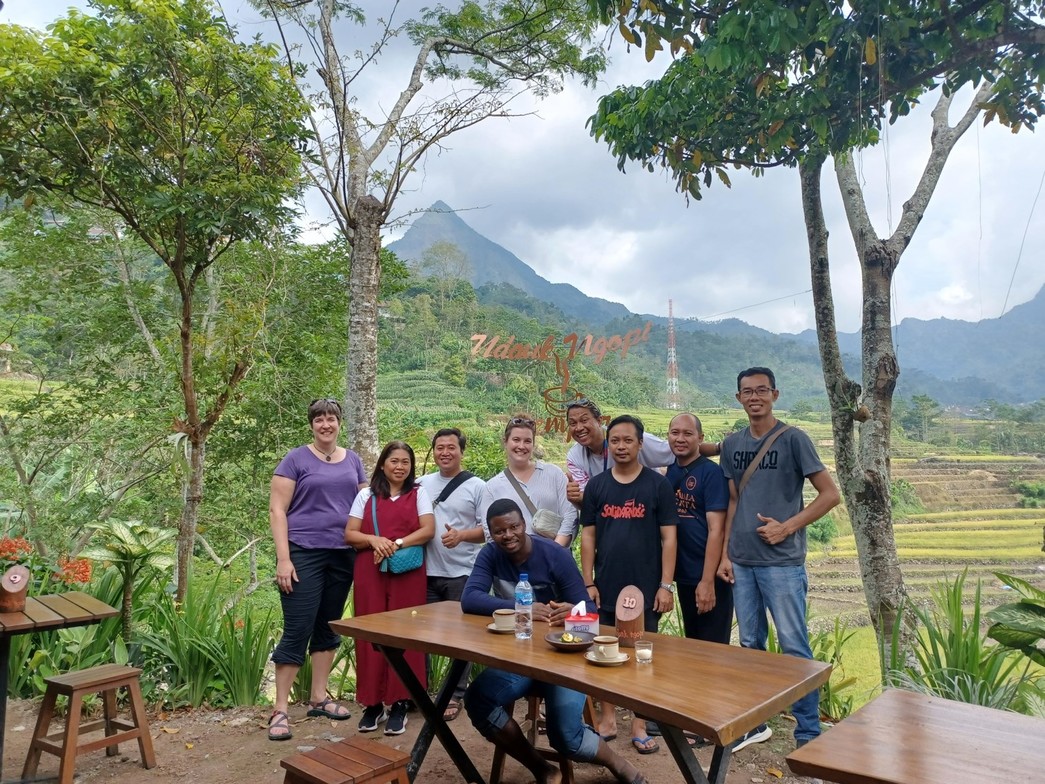 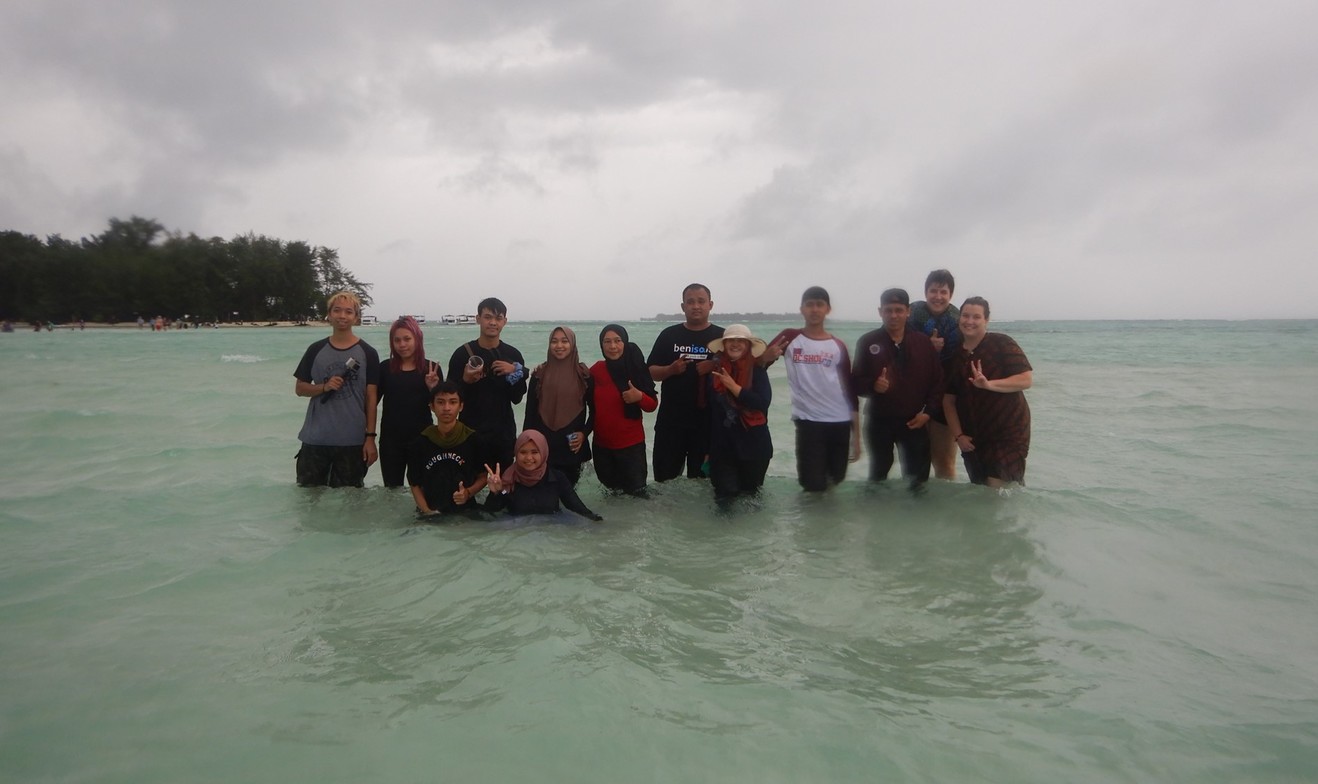 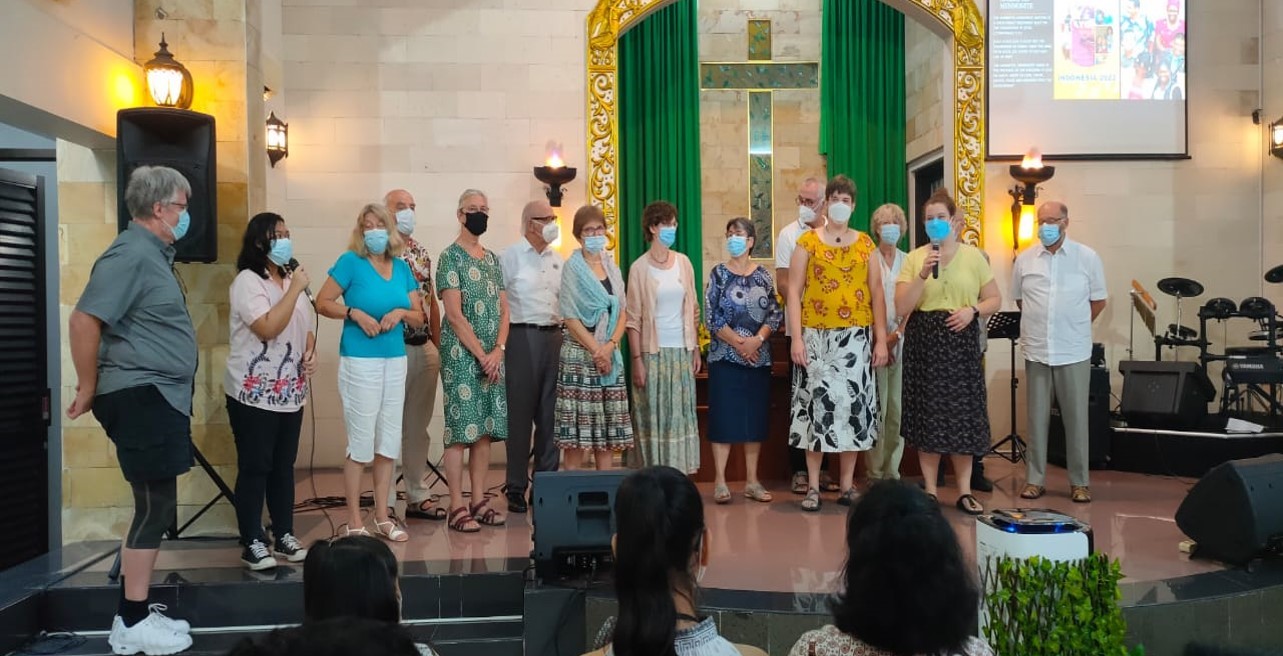 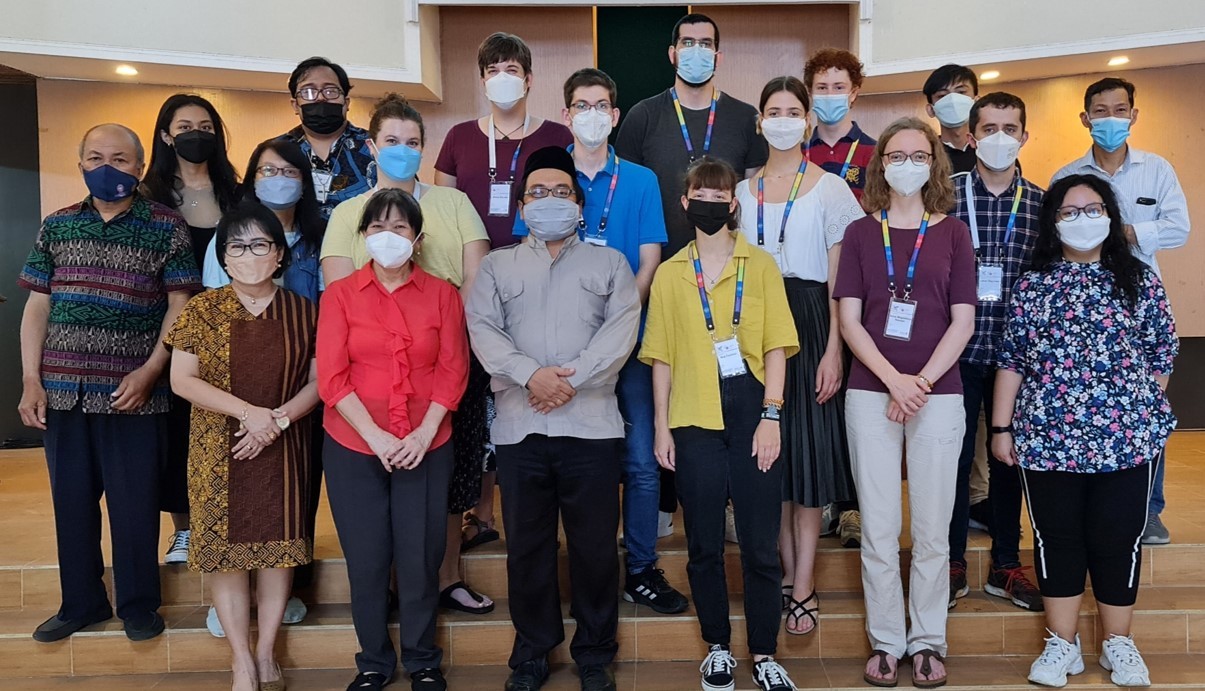 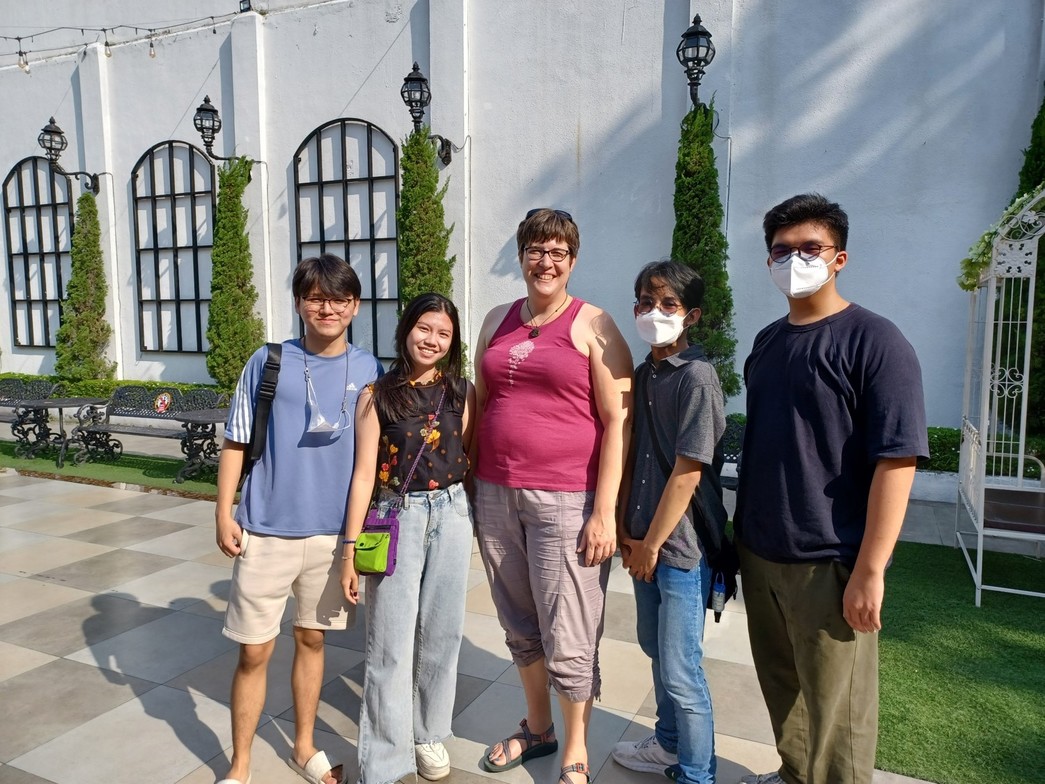 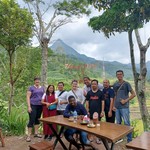 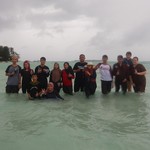 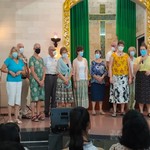 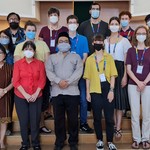 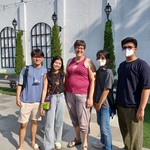 Pastor Alissa has started to share stories of her experiences in Indonesia this summer, attending the 17th assembly of Mennonite World Conference in Indonesia. This was her first reflection, shared on August 14.

Today’s art piece, as you will see again later, looks like a quilt, at least halfway. In it, we see the contrast between the integrated pattern above and rupture below, and I am reminded that it takes intention to create community, to weave ourselves together in ways that build each one up, ways that neglect no one. When we get it right, it is beautiful. And sometimes, we get it wrong. Sometimes the words or the traditions that have built up one community become a hindrance or a harm to someone else. So we listen and learn from one another in order to be stitched together in a beautiful pattern.

And everywhere we went in Indonesia, someone new wanted to know us. It took a little while before we noticed that these words felt more than ordinary. This was the 4th assembly of Mennonite World Conference that my sister and I had travelled to attend. We remember wandering the event halls, attending workshops, joining discussion groups, and meeting people from all corners of the global Mennonite Church. “Where are you from?” was an ordinary thing to say in those spaces.

But as most of you know, 2022 was never destined to be an ordinary world assembly, if there even is such a thing. And because, as a globe, we are ever so much more closely connected than some privileged westerners will admit as they demand their own way, Covid was there in our closeness and Covid kept some of us separated. I was in quarantine for all but the last day and a half of assembly gathered, the 6 days when we would normally encounter the world.             But still that question “Where are you from?” kept ringing. Because you see, though we mostly missed assembly gathered, we did not miss Indonesia. We travelled from city to town, mostly in central Java and finally to Bali, often hosted by our Anabaptist siblings, sometimes on our own, but always, always welcome guests… welcome strangers. Strangers to be cared for.

This is what I felt as these 4 words became a kind of code of welcome to me. I am careful when and how I ask that question here because it is often a code for “you don’t belong here” because of accent or skin colour or visible difference. I often remember volunteering in the Calgary Food Bank with a man and a woman and her 2 teen kids, when he looked at her brown skin and hijab and asked her “where are you from?” She pleasantly answered “Winnipeg!” And to this day I wish I had been quick-thinking enough to start talking to her about Winnipeg and interrupt the follow-up question that I knew was coming: “No, where are you really from?”

Creating community takes intention and listening and words do not always mean the same thing in different spaces and to different people. Aside from assembly gathered itself, not until we were in Bali were we really in a space where we saw many faces that didn’t look southeast Asian, besides the other Mennonite travel companions we also had much of the time. Having never experienced the question “Where are you from?” as a micro-aggression, as a person of colour in Canada might, I was not bothered by the astute observation that I was not from there. Besides, these conversations often started after it was clear that either I spoke about *this* much Bahasa, or I was disoriented in the airport, or I was marveling at something that was very commonplace for locals.

Both new friends in Mennonite churches and total strangers in shops, at the beach, in the airport, would smile and say “Where are you from?” And this stopped feeling ordinary because it was always followed or even preceded by that person trying to help us not be lost any more, giving us shelter from the rain, showing us around their home and all the steps of weaving their beautiful textiles, buying us a sweet drink on the street… or telling us where their family member lived in Canada.

“Where are you from” was an opening, a spoken desire to form a link of relationship between us. Those 4 words told us “I see you and I want you to be welcome here and I will do my part to make it so.” They weren’t just words. They were the sound of the engine of hospitality being revved. They were the hand extended for me to be pulled from where I was from into that community.

And I wondered… Where am I from? Am I from a culture and a land and a people that knows how to practice hospitality like this? Could I be? How? I would like to be. I would like my heart to be from that same place that so many Indonesians showed me. “Where are you from?” The question is a gift and a challenge that I am grateful to receive.