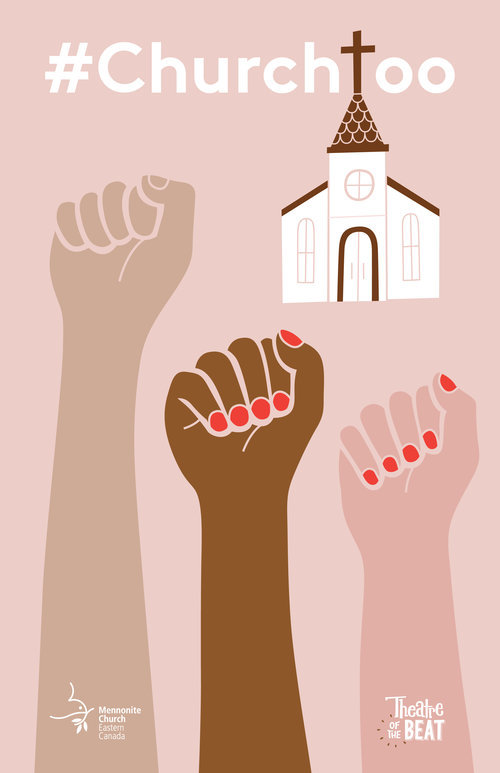 Though they are often challenging and at times painful, conversations about power and abuse are needed in many areas of society. Mennonite Church Eastern Canada has commissioned a new show from Theatre of the Beat, a touring company that works to "catalyze conversations on social justice and its intersection with the beliefs of the communities in which it finds itself."

The new show is called #ChurchToo, which explores the realities of sexual misconduct, power, and abuse within our church communities. Seven playwrights from across North America have each written a scene in the piece.